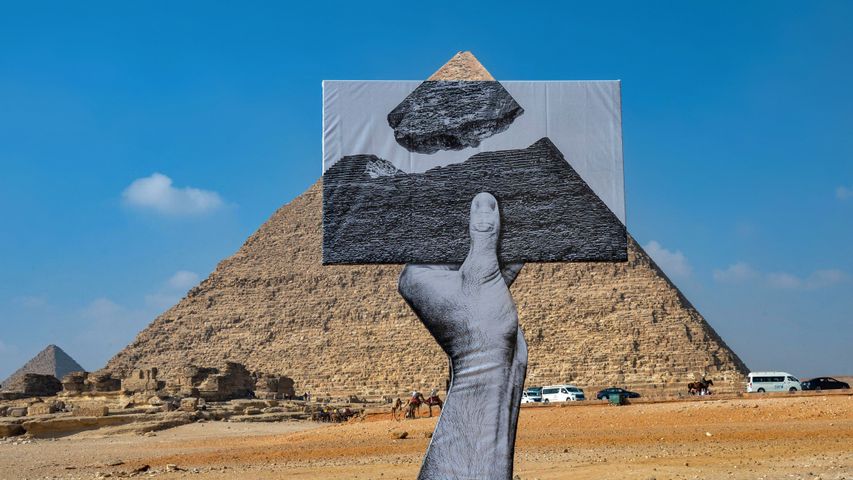 In honour of April Fools’ Day, take a moment to appreciate this trick of the eye created by French street artist and photographer Jean Rene, better known as JR. His cheeky public-art piece, installed in the desert sand as part of the 2021 ‘Forever is Now’ exhibition, makes it look as if the detached tip of the Pyramid of Khafre magically hovers above its base.

Khafre is the second largest pyramid in the Giza complex, second to the Great Pyramid, whose capstone has been missing for all of modern history. (That's no joke.) The Great Pyramid's missing top has been the subject of much speculation and scholarly pursuit. This complex of pyramids was built around 2,600 to 2,500 BCE.

Visual illusions in art, a technique known as trompe l’oeil, is a specialty of JR, born in Paris in 1983 to a Tunisian mother. He always appears in public wearing a fedora and sunglasses and has revealed very little of his identity. The enigmatic artist is most famous for making the glass-and-metal Louvre pyramid ‘disappear.'