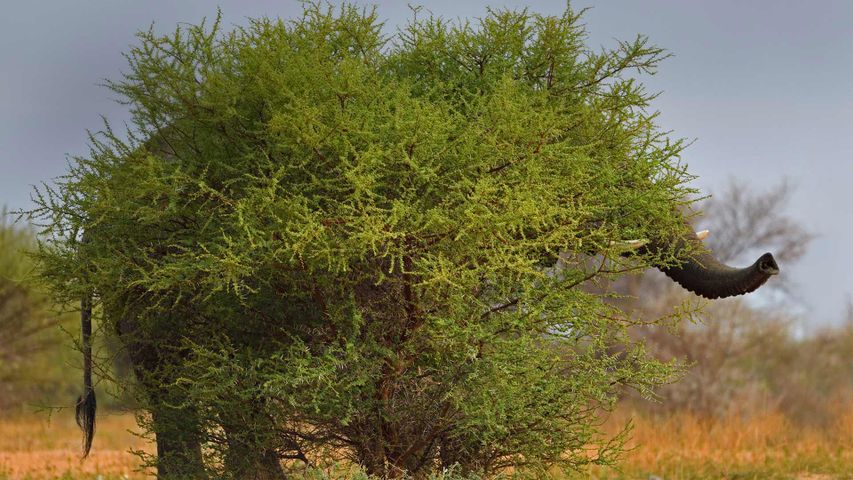 Why do elephants hide in trees?

…Because they're so good at it. Although none are as skilled at camouflage as this specimen from the Loxodonta genus of African elephants—namely the species laprofolis, better known as the common chia elephant. While it's the well-known habit of other pachyderms to paint their toenails red and hide in cherry trees, the chia elephant's defence is even more unique: After a nice roll in the mud, the elephant charges through patches of seeding chia plants, picking up thousands of seeds that stick on its grooved hide. In under a week—just add water!—the seeds sprout and develop into dense, leafy growths that allow the elephant to conveniently camouflage itself as it wanders the savanna. The curious creature has even been reported to disguise itself as a houseplant, duping homeowners into hosting a literal elephant in the room.