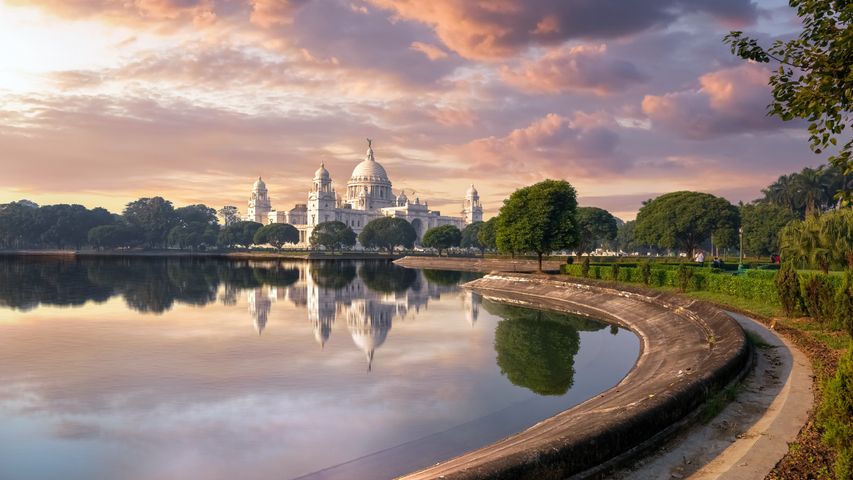 A monument dedicated to a royal. Victoria Memorial

One of the landmarks of Kolkata, Victoria Memorial is a grand British-era structure built entirely of white marble. Constructed in the Indo-Saracenic revivalist style, using a mix of British and Mughal elements, the memorial draws influences from Islamic, Venetian, Egyptian, and Deccani styles. Dedicated to Queen Victoria of England, it was constructed between 1906 and 1921 by the then Prince of Wales (who went on to become King George V).

Today, the memorial has been turned into a museum that has 25 galleries. It is surrounded by a lush green and well-maintained garden, which spreads over 64 acres and has numerous statues and sculptures in it.

Standing on the banks of the Hooghly River, the memorial is breathtaking and marvellous, especially at night, when it is illuminated. The sound and light shows that take place in the evening are an added delight and a must-watch. All in all, the place is a must-visit for people who wish to relive the essence of the Victorian era in the modern-day world.