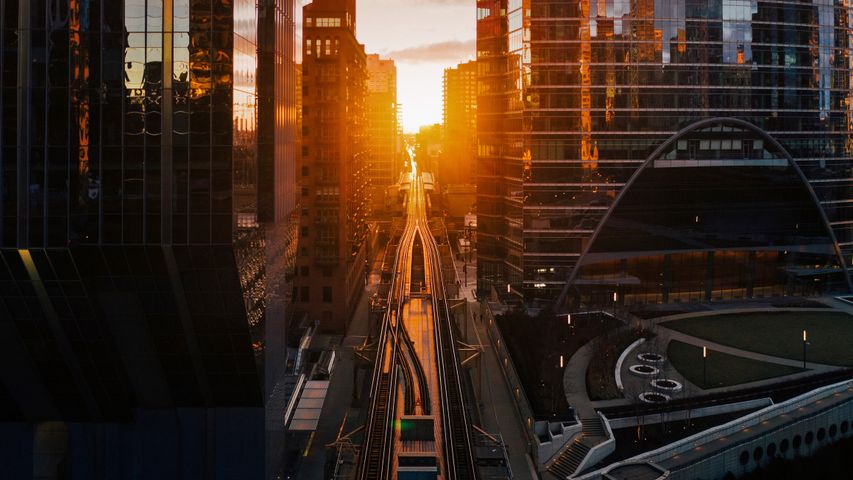 During the autumnal and spring equinoxes, the celestial phenomenon known as Chicagohenge occurs when the sun rises or sets directly between the buildings lining Chicago’s east-west facing streets. The city’s almost perfectly aligned grid is responsible for the event.

During the equinox, the Northern and Southern Hemispheres receive an equal amount of sunlight, and the sun rises and sets directly to the east and west. As it happens, Chicago’s grid is aligned with the cardinal directions on a compass, a useful fact to know anytime you’re walking in the city.