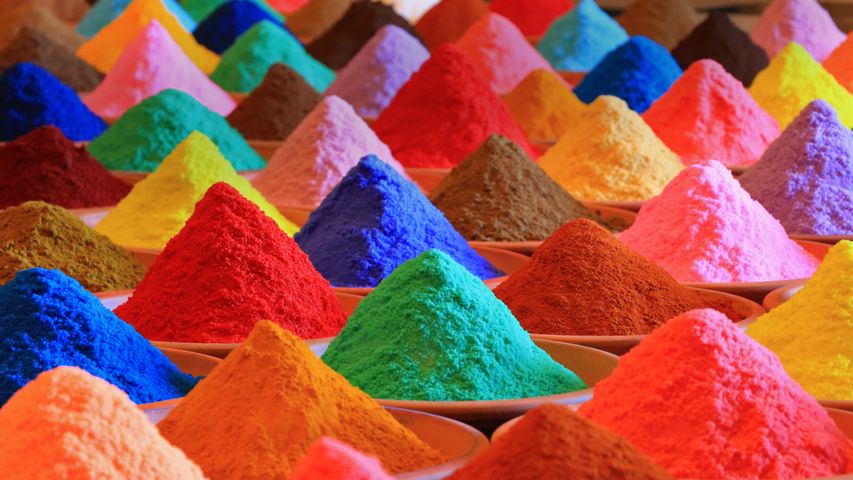 A holiday as colorful as the season. Holi festival

The ancient Hindu festival of Holi will find revelers caked in these colorful powders by the day's end. Also referred to as the Festival of Spring, the Festival of Love, and the Festival of Colors, Holi is celebrated during the full moon in the Hindu calendar month of Phalguna, which falls around the middle of March in the Gregorian calendar. This year it's March 18. Holi symbolizes the triumph of good over evil and celebrates the beginning of spring, the end of winter, and the blossoming of love in all forms. It's a time for affirming friendships, burying old grievances, and letting romance bloom.

But the real fun of Holi is the audience-participation portion, for which the holiday is most famous. Celebrants sprinkle and smear one another with brightly colored powders, typically made by coloring rice flour or corn starch with food dye. Water is tossed into the mix by way of water guns and water balloons and the resulting scene is of other-worldly, kaleidoscopic revelry.

Although chiefly celebrated in India, Holi has spread around the world, along with the Indian diaspora. In a festival marked by singing, dancing, eating, frolicking, and non-stop merriment, it's easy to see why word spread quickly.