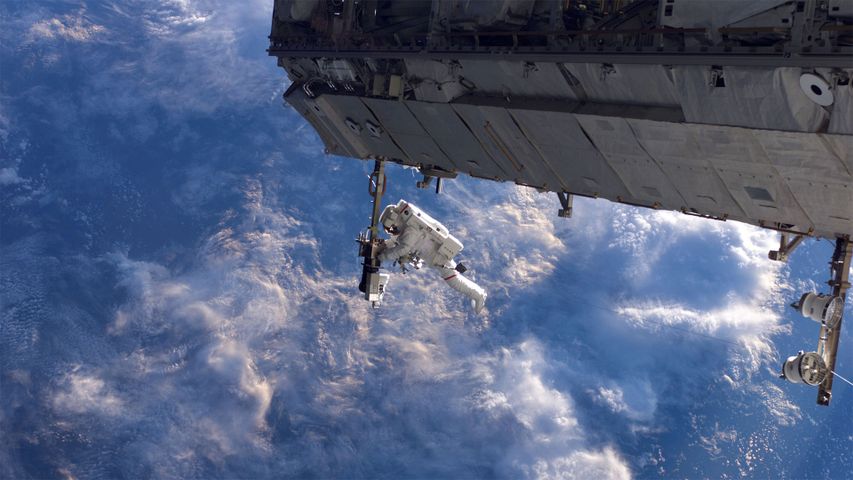 If this photo from 200-plus miles above Earth dizzies you, imagine how it felt to be Alexei Leonov on March 18, 1965. The Soviet cosmonaut achieved the first-ever extravehicular activity (EVA—but you and I just call it a spacewalk). He spent about 12 minutes outside the orbiting Voskhod 2 capsule. It was the ultimate risk: No one knew just what could happen to a human body in the vacuum of space. Near heatstroke, drenched with sweat, and with his suit dangerously inflating, Leonov barely made it back inside the airlock.

Of course, the art of EVA has been perfected since, and that vertigo-inducing panorama is now the view from the office for those aboard the International Space Station. The spacewalker you see here isn't Leonov but NASA's Robert Curbeam, busily replacing a faulty component. On this mission in 2006, Curbeam set a record with four EVAs in one spaceflight, spending over 24 hours outside the vehicle. Since the ISS's first spacewalk in 1998, over 227 EVAs have been performed by a large cast of astronauts—including a milestone excursion in 2019 that employed the first all-female crew.