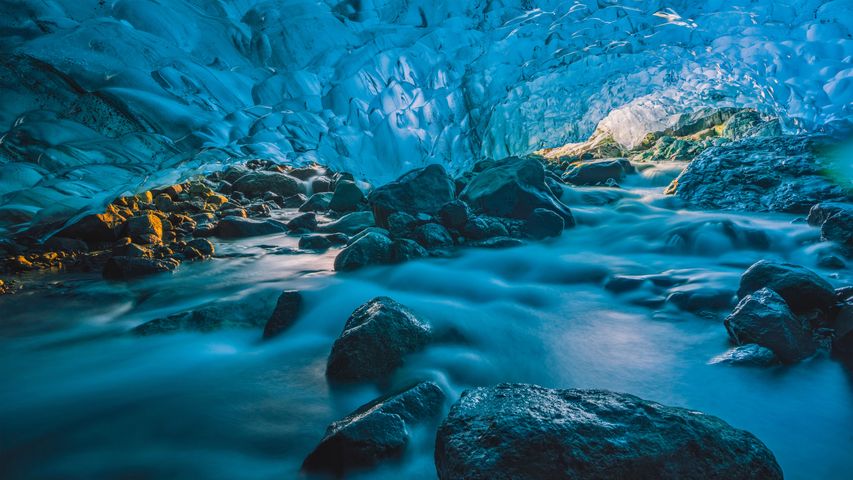 The Land of Fire and Ice is home to countless natural wonders, like this brilliant blue cave formed within the ice of a glacier. (Glacier caves are often called ice caves, but the term 'ice cave' is properly used to describe a bedrock cave that contains year-round ice; a glacier cave is formed entirely within the ice of a glacier.) The majority of Iceland's glacier caves are in Vatnajökull glacier, which covers about 8% of the island nation and is one of the largest glaciers in Europe.

Vatnajökull's caves, formed by the flowing rivers underneath the glacier, are famous for their blue corridors and eerie atmosphere. The caves are only accessible from November until March when temperatures are cold enough to strengthen the ice. The caves vary in size and shape each year, so enjoy the beauty of this one while you can, because it may not be around next winter.