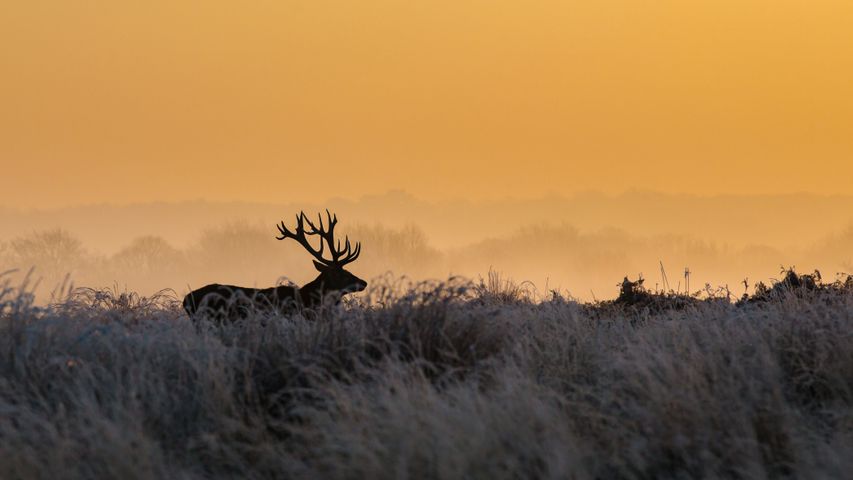 As the sun rises over Richmond Park, the largest of London’s eight royal parks, we get a glimpse of one of the red deer for which it is famous. More than 600 deer roam freely around the 955-hectare park, which has royal connections going back centuries.

Henry VII built Richmond Palace here sometime around 1501 and he and his successors hunted in the area. In 1625, Charles I decided to move his court to Richmond Palace to escape the plague in London. His decision to introduce 2,000 red and fallow deer, and to build a wall around what had been common land, did not please locals. But the deer remained and continued to reshape the landscape, eating low-level leaves and twigs on the trees and grazing on tree seedlings, keeping the grassland open. Today Richmond Park is a National Nature Reserve, an established home of ancient trees and rare species from fungi and wildflowers to beetles.

Red deer, like the stag in our homepage image, are Britain’s largest land mammal. They start growing those famous antlers in the spring at a rate of up to 2.5 centimetres a day, ready for the breeding season in September, when the males clash over females. The antlers are shed at the end of the winter, in time for the process to begin again.