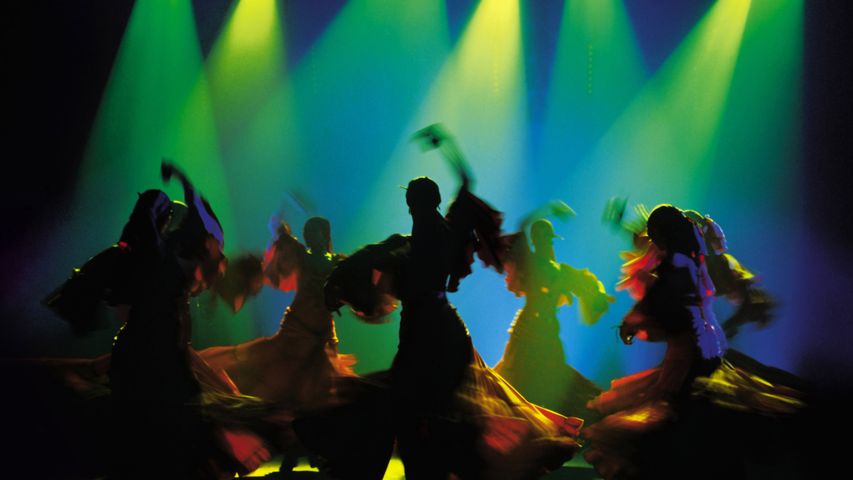 The art of flamenco. Flamenco dancers

Today's image captures a split second of the sweeping arm movements and rhythmic feet stomping that are characteristic of Spain’s most famous style of dance. Flamenco is packed with passion and drama, as performers transmit their deepest emotions – from sadness and sorrow to exuberance and joy – through body movements and facial expressions. But flamenco is more than just a dance. It’s an art form that mixes dancing with singing, guitar playing, clapping, and finger-snapping.

The origins of flamenco are shrouded in mystery, but the centuries-old tradition is commonly associated with the Romani people of Andalusia, in the south of Spain. The dancers seen here are performing outside Palma de Majorca, on the Spanish Balearic Island of Majorca, an indication that despite its Andalusian origins, flamenco has spread to all corners of Spain. Nevertheless, it's the Andalusian city of Jerez that's at the heart of the flamenco scene. On any given night, you’ll find bailaoras (female dancers) in traditional red dresses performing in local flamenco venues known as ‘tablaos.’ Every year, Jerez celebrates its flamenco heritage with a world-renowned festival, simply known as the Festival de Jerez. Over the next two weeks, the festival will feature events, classes, and performances by famous flamenco artists.