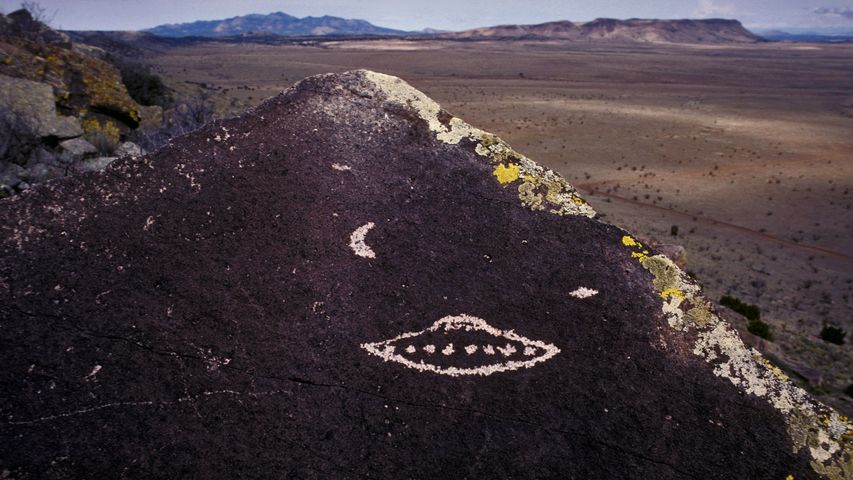 The truth is out there…but not on this rock. Graffiti near Santa Fe, New Mexico

Evidence of ancient aliens? Nah, more likely the etchings of a prankster hiker. Though Pueblo cultures here in northern New Mexico made pictographs in this style several centuries ago, there's no evidence they were depicting extraterrestrials. But don't get us wrong: We want to believe.

Today is Extraterrestrial Culture Day, a holiday that enjoys official status in New Mexico thanks to the 'Roswell incident' of 1947. Depending who you ask, the metallic wreck found on a remote ranch in New Mexico one July morning was either a weather balloon, a top-secret military device disguised as a weather balloon, or a bona fide alien craft. Whatever the truth, the nearby town of Roswell has gone all-in on UFO lore. It's home to numerous UFO-themed attractions, chief among them the International UFO Museum and Research Center.