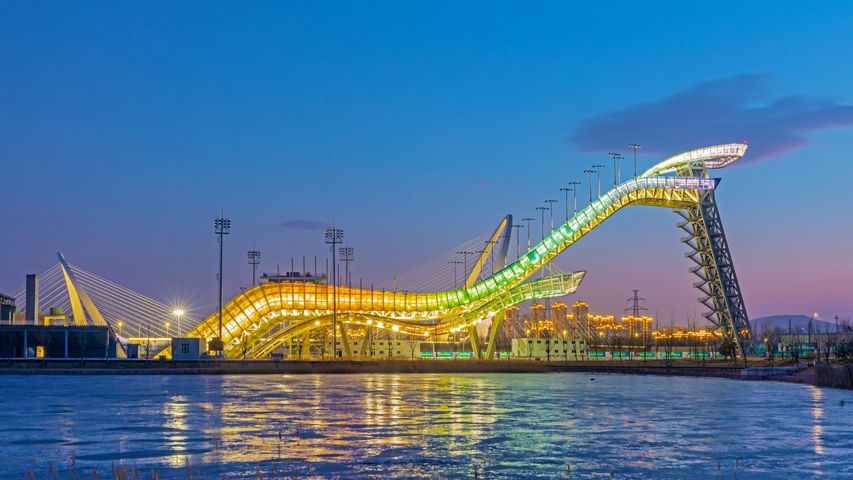 The Winter Olympics is coming to Beijing, as the Chinese capital hosts the 24th edition of the sporting extravaganza. Over the next 17 days, close to 3,000 athletes will compete in 109 events across 15 disciplines. The venues will be spread over three zones in central Beijing, the Yanqing District of northwestern Beijing, and Zhangjiakou city in neighbouring Hebei province. Artificial snow will be used for outdoor competitions, including here at the illuminated Big Air Shougang, the only snow event venue in downtown Beijing.

The brand-new structure, which has been built at the site of a former steel factory, features a steep ramp about 540 feet long and nearly 200 feet high. It will be used for the big air freestyle skiing and snowboarding events – the former is featuring in the Winter Olympics for the first time, while the latter debuted four years ago. As you can probably guess, these big air competitions involve athletes riding down the ramp onto a jump and into the air, where they will attempt to execute their biggest and best tricks in a bid to win gold. So, it really is go big or go home. Let the Games begin!