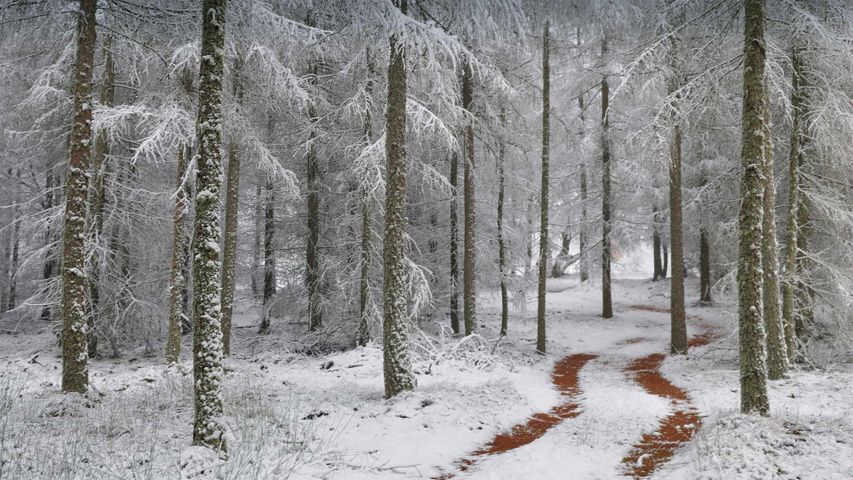 This wintry, wooded scene comes from the Northern Vosges Regional Nature Park in northeastern France, one of the country’s most beautiful and pristine examples of natural beauty. The park, established in 1976, is over 322,000 acres in size, 65% of which is covered in forest, including the species of larch tree seen here. These larches are native to many of the mountains of central Europe, such as the Alps, Carpathians, and the Pyrenees.

Even though the area here is dotted with villages, because so much of its natural beauty remains, this rural park was named by UNESCO as one of its World Biosphere Reserves. UNESCO studies these reserves to trace the interaction between social systems and the natural world. This biodiversity of the Northern Vosges includes a wide array of forests and wetlands, fauna and flora, but also contains over 100 municipalities, farmlands and even five structures left over from France’s infamous WWII-era Maginot Line of fortifications built to deter invading German forces. With its many hiking trails, the Northern Vosges region is a favorite for outdoor enthusiasts and nature lovers.