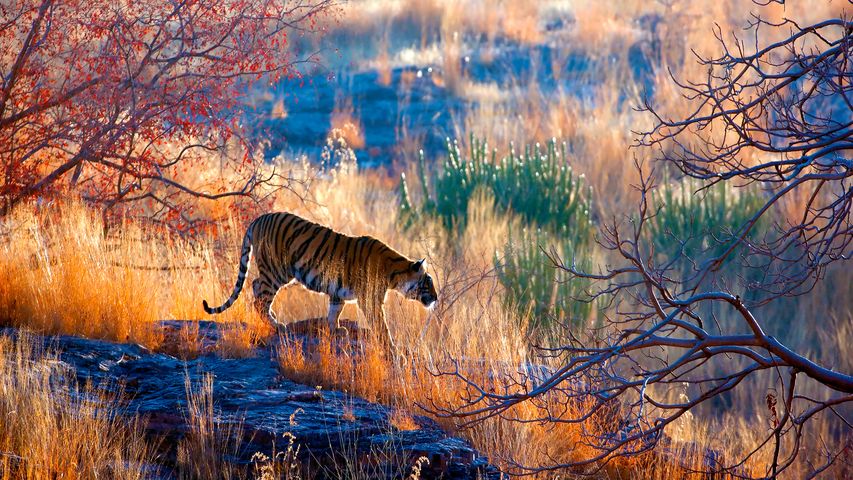 This tiger looks to be stalking prey in Ranthambore National Park in the state of Rajasthan. The park is known for its Bengal tigers and is one of the best places in India to see the animals in their natural habitat. Bengal tigers are the most common tiger. There are nearly 3,000 of them in India, which is around three-quarters of the world's tiger population. India’s many tiger reserves have helped to stabilise a decline in numbers but poaching and loss of habitat are still major threats to this big cat species.