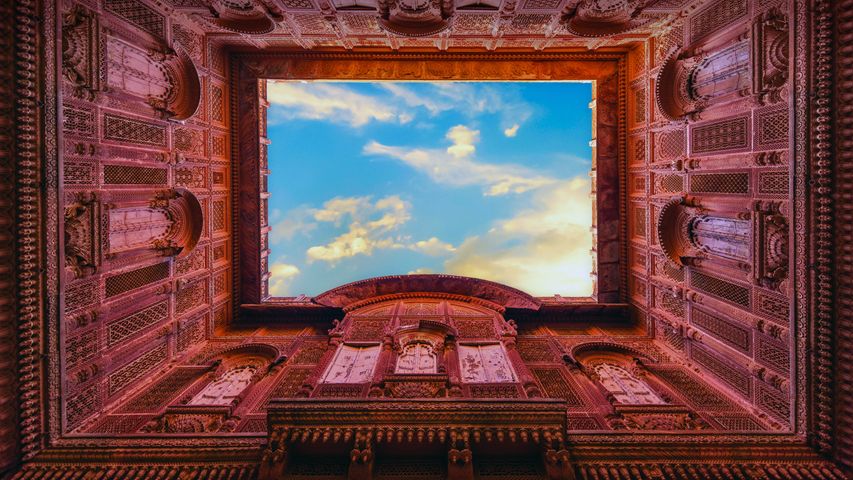 You might never guess that this ornate, skylit building, was once a military base. Perched high on a hill above the city of Jodhpur in Rajasthan, the colossal Mehrangarh Fort – also known as the Citadel of the Sun – is one of the biggest forts in India. Built around 1460, its intricate carvings and pleasant courtyards seem uncharacteristic of a military fort that survived many fierce battles. Its scars can still be seen by tourists today – there are marks on the exterior walls from cannonballs that were fired at the fort by attacking armies hundreds of years ago.