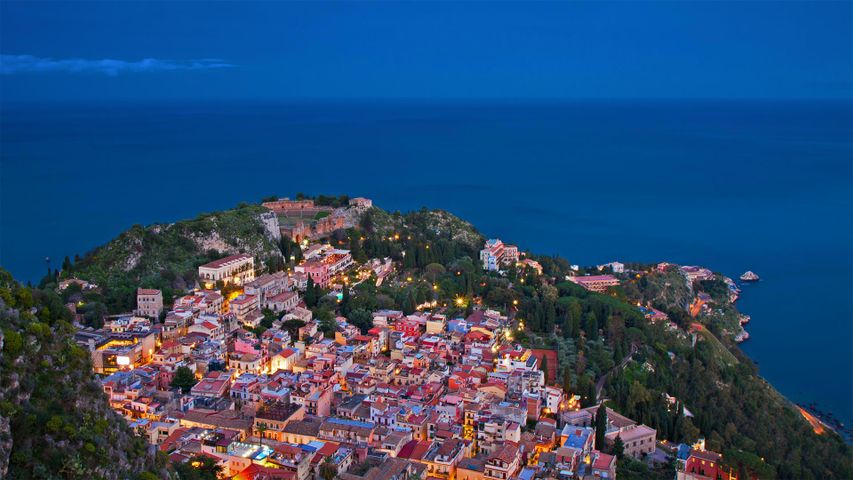 As expected in a town built over 2,000 years ago, traces of history can be found everywhere here, from the tiny medieval streets of old downtown to the Ancient Theatre of Taormina, an amphitheatre built in the Greek style in the third century BCE, and later expanded by the Romans. And though it's been around for more than two millennia, the theatre is still in use, with opera, theatrical productions, and concerts staged there to this day - or at least whenever performances aren't cancelled due to the pandemic. The beauty of this town, built into a steep hill overlooking the Ionian Sea, is said to have inspired writers and thinkers both ancient and modern, from Plato to D. H. Lawrence to Truman Capote.