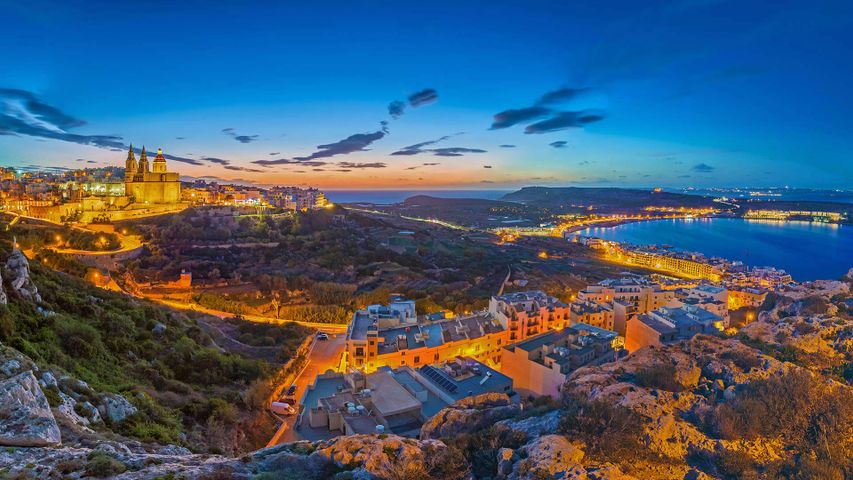 Popular for its sandy beaches and glamorous resorts, the village of Mellieħa is part of Malta, an island nation that’s rich in history. Because of the archipelago’s strategic location in the center of the Mediterranean, Malta has experienced a revolving door of conquerors over the centuries: the Greeks, Romans, British, French, and Spanish have all ruled these islands. The discovery of sunken ruins has even led some to believe it’s the site of the legendary city of Atlantis.