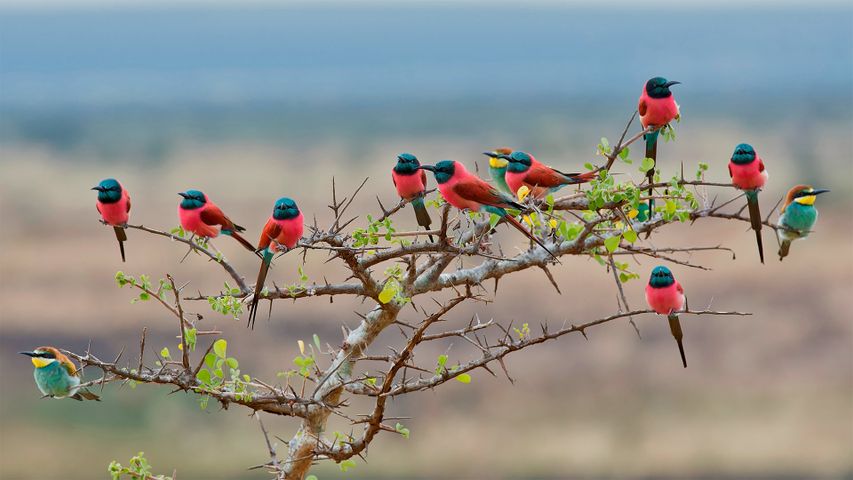 Fashion models of the avian world

Striking plumage, dramatic tail feathers, long down-curved bills, that indefinable certain something… You can see why bee-eaters are considered among the most beautiful of birds—and highly prized by photographers. There are about 25 species of bee-eaters that live throughout tropical and subtropical parts of Europe, Asia, Africa, and Australia. They're medium-sized and both males and females sport similar jewel-toned plumage. This group perching in Mkomazi National Park in Tanzania is mostly made up of the northern carmine variety—with blue-green heads and mostly red bodies—plus a few European bee-eaters seemingly for accent color.