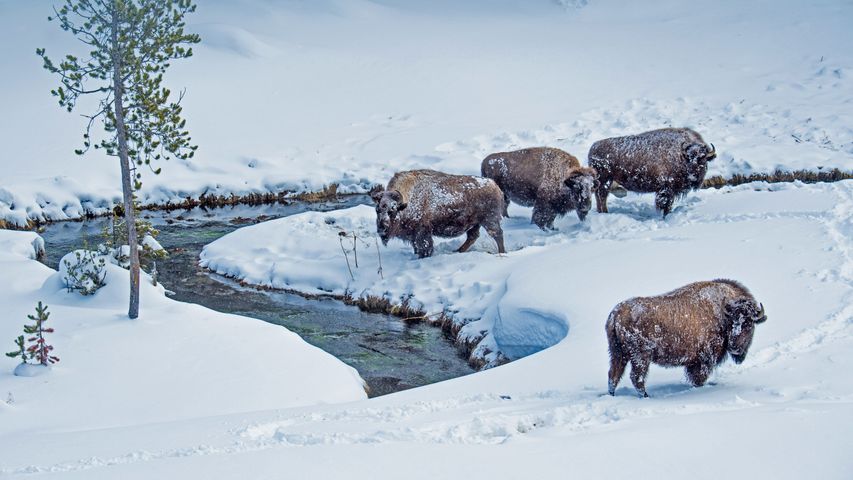 Today we're taking a trip to Yellowstone National Park in Wyoming. The bison herd here is believed to be the oldest and largest herd of American bison on public land in the United States. It is estimated there were once 30–60 million bison roaming North America, before they were hunted almost to extinction in the 19th century. Today there are about 500,000 American bison, including just under 5,000 in Yellowstone. It looks cold in our photo, but these animals develop thick, woolly coats that help protect them from freezing temperatures during the winter season.