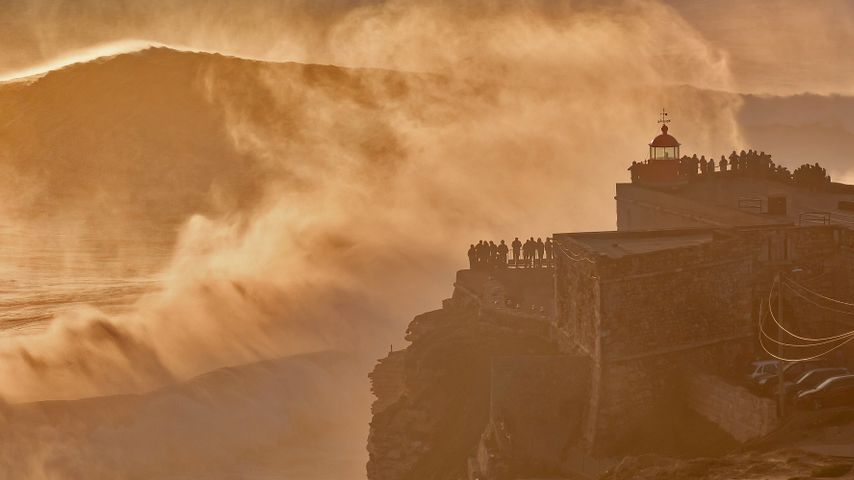 Welcome to the home of some of the world’s biggest and most dangerous waves, the beach resort of Nazaré in Portugal. The stormy winters you get here from October to March beckon big wave surfers in their thickest wetsuits, seeking out the massive breaks created by Europe’s largest underwater canyon. While on other beaches, waves weaken as they move towards the shore and the seafloor gradually rises, here at Nazaré, there is no seafloor for thousands of feet until it abruptly rises near the beach. Brazilian surfer Rodrigo Koxa caught an 80ft wave here in 2017, beating the previous Guinness World Record for surf wave height, which was also set here. The less daredevilish among us can join this crowd standing in awe from the safety of Nazaré's Forte de São, a lighthouse-topped fortress on the cliff.