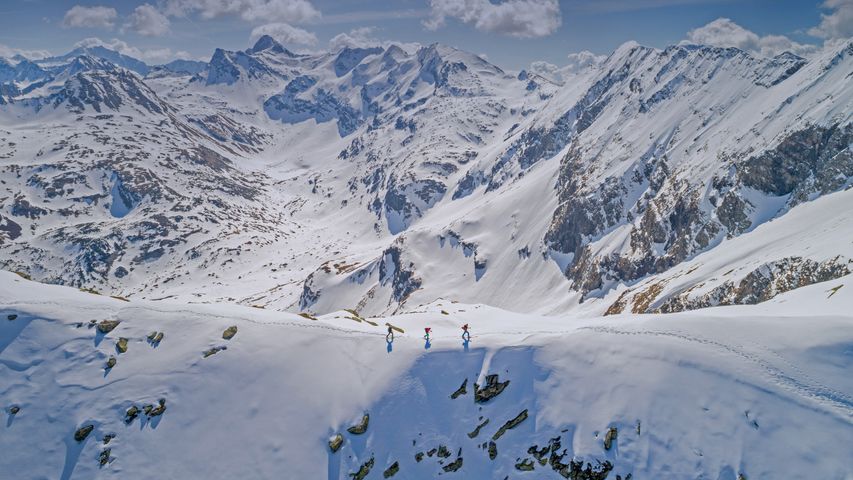 The High Tauern mountains above the Austrian spa town of Bad Gastein is one of many regions around the world that attract brave ski-touring enthusiasts, like the three skiers crossing the ridge here. Ski touring is a sport for only the most skilled athletes, since it generally involves mountaineering—navigating unfamiliar mountain territory and climbing with gear, all without removing your skis.

It's usually done off-piste, or outside the established boundaries of ski resorts. And while 'backcountry' skiers will sometimes take a ski lift or helicopter to the upper elevations, those who commit to true ski touring do the hard work themselves, as the point of ski touring is often to reach the most remote areas they can find. The skiing itself can be a combination of downhill and cross-country styles. Ski touring has been around since the late 19th century but has become more popular in the past few decades.

Red clouds at sunset over McIntyre Creek in Whitehorse, Yukon