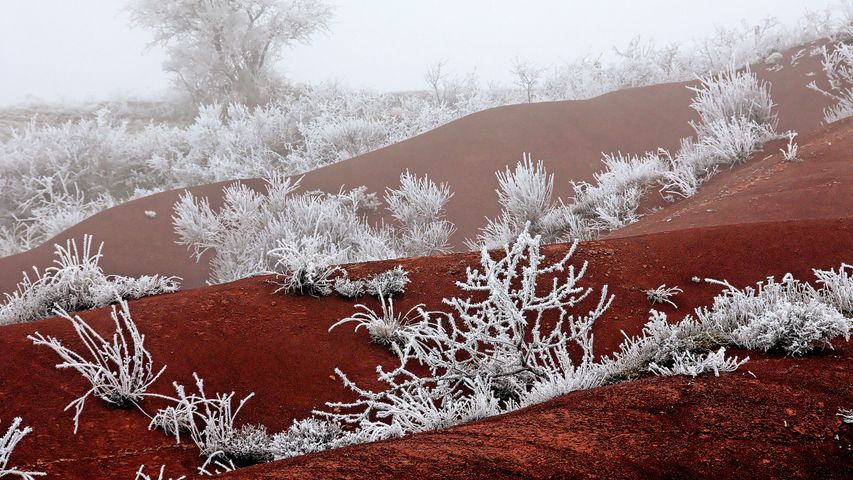 This desert-like landscape in the south of France is called the Rougier de Camarès. Part of the Grands Causses Regional Natural Park, which covers around a third of the department of Aveyron, the colourful setting is named after its red soil, which consists of large amounts of iron oxide.

The Rougier de Camarès has been occupied since the Neolithic era. Many statue menhirs – standing stones carved into a human shape – have been found in this area and are now on display at a museum. This region of France is also famous for its Lacaune sheep whose milk is used to make Roquefort cheese.