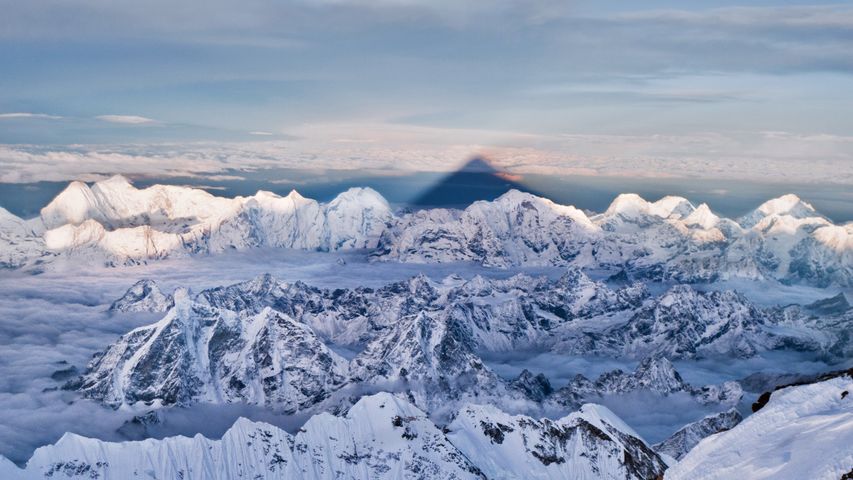 Info. Everest's shadow on the Himalayas

Today we're in the Himalayas, which is home to some of the highest peaks in the world. The mountain range in Asia spans five countries: Bhutan, China, India, Nepal and Pakistan. The shadow you can see in our photo stretching past the Himalayas' craggy skyline is cast by Mount Everest, the tallest mountain in the world, rising 8,849 metres above sea level. Other famous peaks include K2, Kangchenjunga, Kailash, Nanga Parbat and Makalu. The name Himalaya means “abode of snow” in Sanskrit, with approximately 15,000 glaciers located throughout the range.