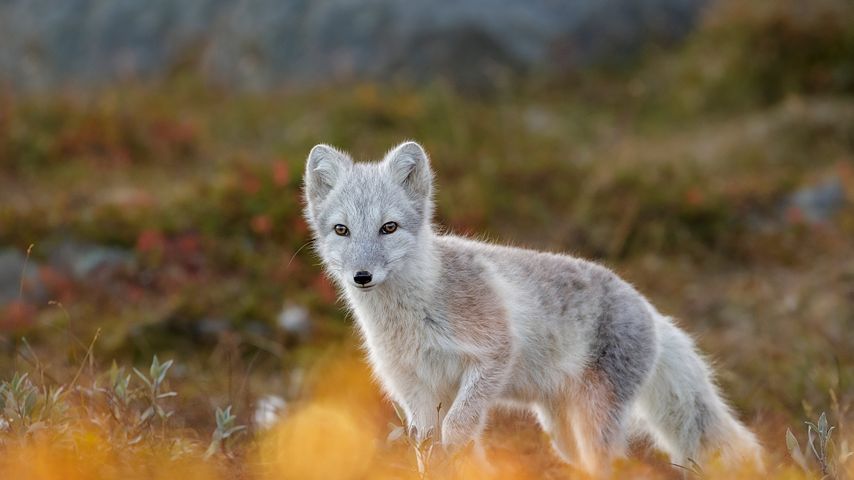 A change of seasons means a change of color. Arctic fox in Norway

We're visiting Norway's Dovrefjell–Sunndalsfjella National Park, where this small but mighty Arctic fox is undergoing changes to prepare for the cold, Nordic winter. While animals have many ways to adapt to winter weather, such as migrating, hibernating, and growing thick fur, the Arctic fox does none of these. Instead, its coat transitions from brown and gray to a snowy white every autumn. The fox's pelt acts as camouflage, allowing it to blend in among the rocks and tundra for half of the year and, after turning white, hide in the snow and ice the other half.

Note the rounded ears and short muzzle—these protect the Arctic fox against frostbite. Even the bottoms of the Arctic fox's paws are covered in fur, protecting it from the cold as it walks atop the snow and ice. This little fox will be able to play, hunt, and wander the snowy tundra all winter, even in temperatures as low as minus 94°F! Stay warm, little buddy.