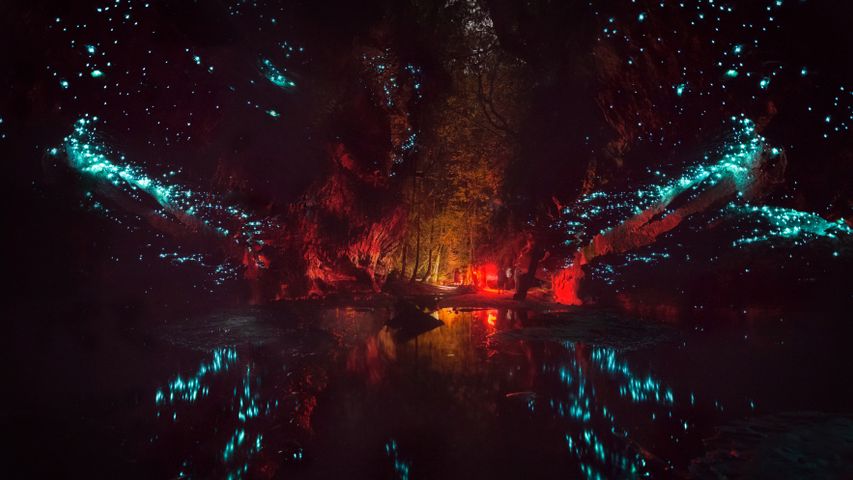 The walls and ceilings of these caves in eastern Australia resemble night skies during the warm season, from December to March. And that’s the plan. These fungus gnat larvae, better known as glow worms, aren’t just there to make the place look pretty. They dangle tiny, sticky silk strands to ensnare flies and mosquitos flying towards what looks like a starry sky. In fact, it’s just the cave ceiling, covered in glow worms waiting to reel in their deceived prey. To us humans however, they are hypnotizingly harmless, bringing otherworldly charm to caves like this one, in Blue Mountains National Park, New South Wales.