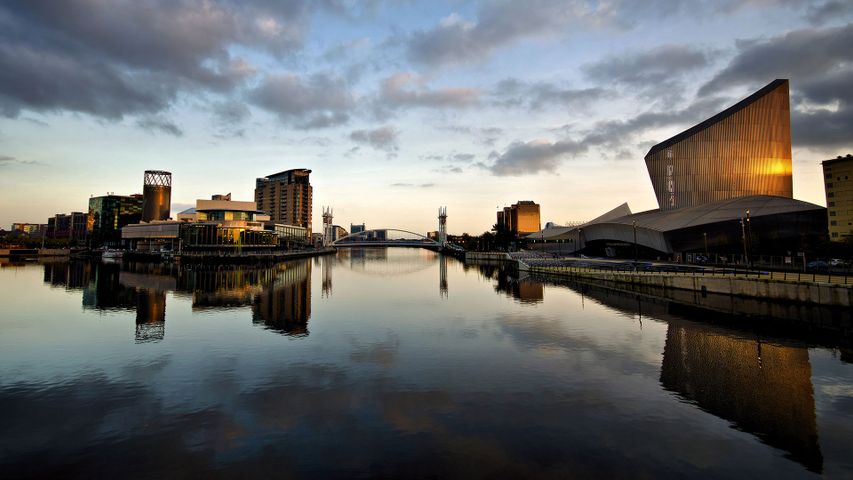 This moody panoramic shows off part of The Quays in Salford, a huge urban redevelopment project that transformed the former Manchester Docks area. Now a contemporary waterfront destination, it boasts many attractions including The Lowry theatre and entertainment complex - named after Salford’s famous artist LS Lowry. Across the waters of the Manchester Ship Canal is the aluminium-clad Imperial War Museum North, a building designed by architect Daniel Libeskind to represent a globe shattered by conflict.

The Quays are also home to the set of Coronation Street, the world’s longest-running soap opera, which broadcast its first episode 60 years ago today on 9 December 1960. Its famous cobbled streets, terraced houses and the Rovers Return were relocated from their former home at Granada Studios in central Manchester to the Quays in 2013. More than 10,000 episodes later it is still going strong, with millions of fans tuning in each week to follow the latest goings-on in Weatherfield. Happy 60th Corrie!