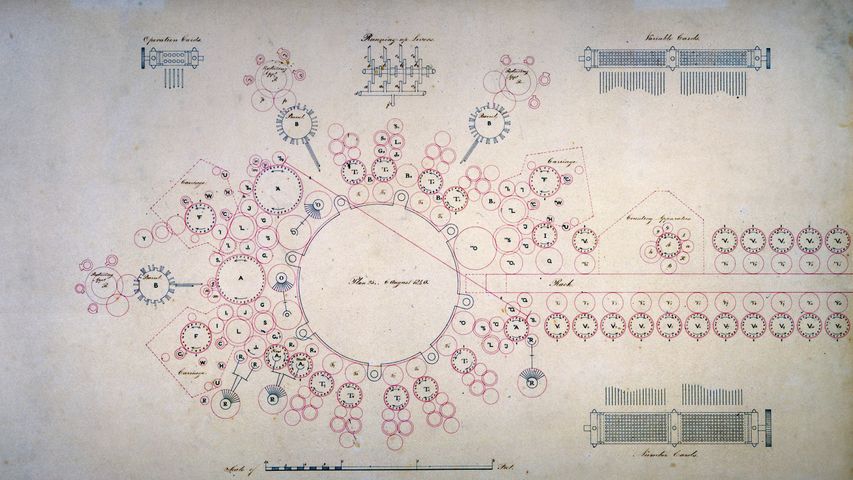 In the pre-digital 19th century, English polymath Charles Babbage developed his design for an Analytical Engine, a machine that uses many of the functional ideas of modern computers. The diagram in our photo today shows the plans for the inner workings of Babbage's mechanical computer. Construction was difficult and expensive, given the precision required for the crafted metal parts, so Babbage tinkered on his own but died before he saw his vision realised. Engineers have since built working models of Babbage's machine.

We bring you this bit of computer history to mark the first day of Computer Science Education Week, a US event aimed at demystifying computer science and opening it up to school pupils of all backgrounds. UK schools will be among many worldwide taking part in the Hour of Code, a series of 60-minute coding sessions showing that basic coding skills are within everyone’s reach.