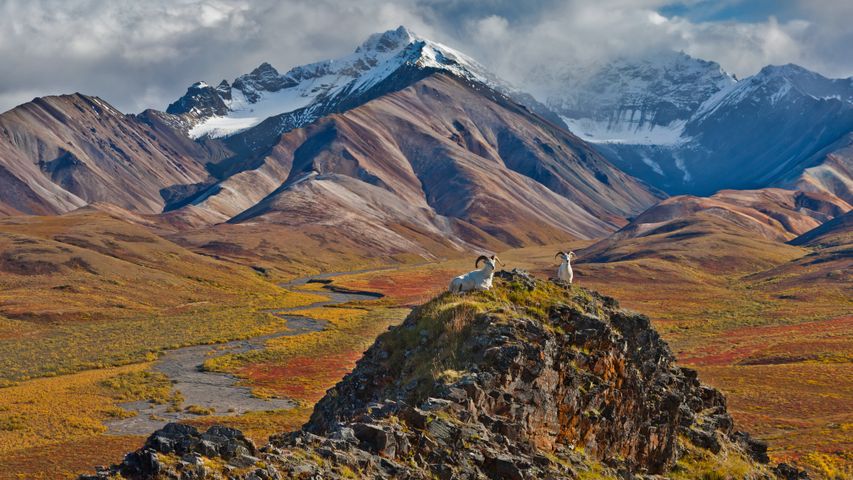 A big anniversary in the biggest state. Denali National Park

Someone ought to tell these Dall sheep they don't blend in here at Polychrome Pass. Their white coats may be great camouflage against the Alaskan snows, but the warm tones of this tundra make them stick out a bit. And they aren't the only thing sticking out in this national park – it's home to the tallest mountain in North America.

Denali National Park and Preserve encompasses not only its namesake peak but more than 6 million acres of parkland like Polychrome Pass. And even this massive park is part of something bigger. The federal Alaska National Interest Lands Conservation Act, established on December 2, 1980, protected almost a quarter-million square miles of wilderness all over Alaska. As of today, 65% of the state consists of public lands.