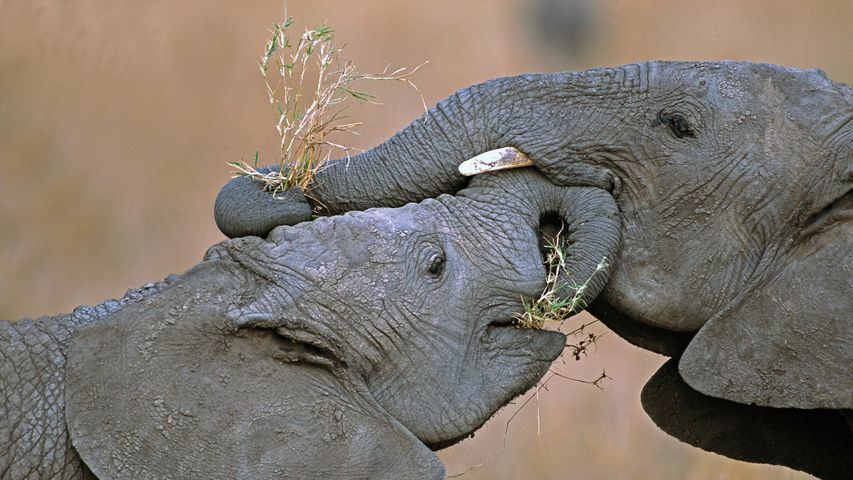 Social structure in elephant herds is surprisingly complex. All the adults in the herd exhibit what scientists call 'reciprocal altruism.' That is, an elephant will act in ways that give them no direct benefit—say, protecting or feeding a calf that isn't theirs. They do that because the other elephants in their herd will do the same for them. Maybe the elephant is a good role model for Giving Tuesday?

Observed on the Tuesday after Black Friday, Giving Tuesday began as a global movement since 2012. It has begun to spread around the globe, as other countries embrace the idea. The purpose of the observance is to encourage everyone to set aside some time to do something good. In the meantime, do something good for yourself and take in how wonderfully wrinkly and happy the two elephants look in our photo today.