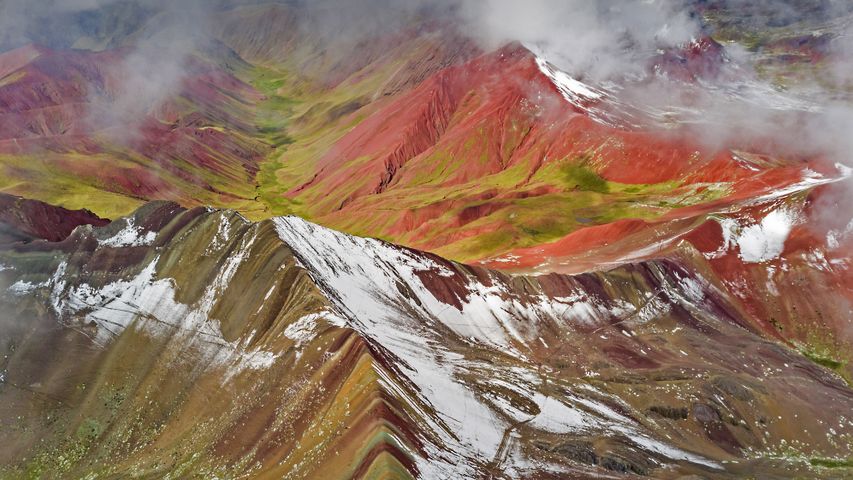 Today, we're looking down on Vinicunca, a colourful mountain in the Andes range of Peru. This incredible rock formation is located 5,200 meters above sea level in the Cusco region, but its vivid stripes were only recently discovered. The mountain was covered by snow and ice until about 2015, when the glaciers melted as an effect of climate change and revealed the pretty colours beneath. Its bright appearance, which is largely due to weathering and mineral deposits, inspired another name for this natural wonder: Rainbow Mountain.