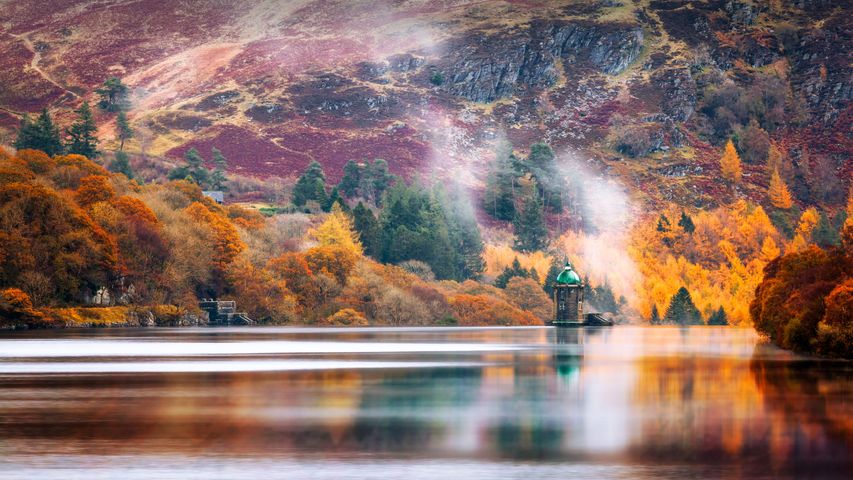 This copper-domed valve tower sits on top of the Pen y Garreg dam, one of six dams in the picturesque Elan Valley in Mid Wales. On the other side of the tower, water falls over a 37-metre drop, part of an elaborate system of dams, reservoirs and a 117-kilometre aqueduct built in the late 19th century to channel drinking water to Birmingham, England’s second-largest city. Work on this huge feat of civil engineering began in 1883 and the first four dams, including Pen y Garreg, were completed by 1904. Elan Valley sits in the Cambrian Mountains so water flows downhill from the high valleys to Birmingham without needing to be pumped.