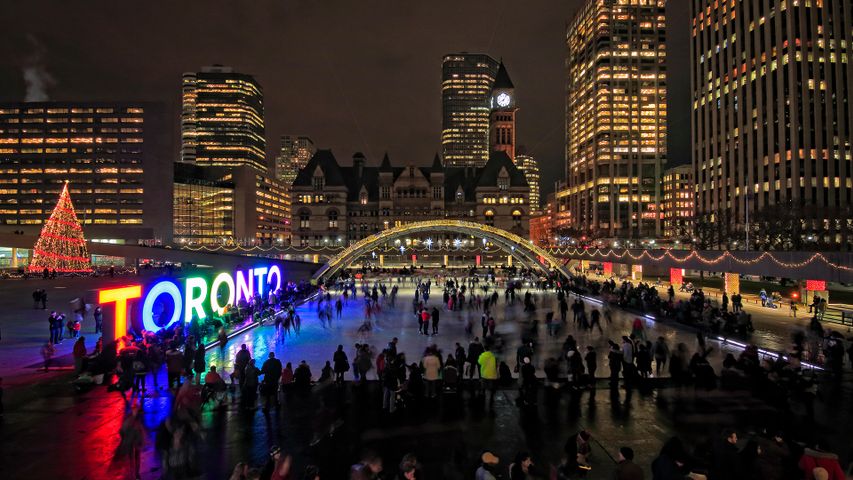 Tonight marks the official kick off to the holiday season in Toronto with the Cavalcade of Lights. Running between now and January 2, the event has been held annually since 1967 (with the exemption of 2020). The city’s 17-metre Christmas tree will be officially lit up at Nathan Philips Square alongside a special program consisting of ice-skating, acrobatic and musical performances. Traditionally, Cavalcade of Lights includes a massive display of fireworks on opening night, however, this year the fireworks display will no longer be held. Instead, the event will consist of diverse light installations reflecting global cultural festivals. Attendees will be able to witness dazzling light tunnels, illuminating ice sculptures and an enlightening lantern garden.

An arctic fox in Dovrefjell, Norway