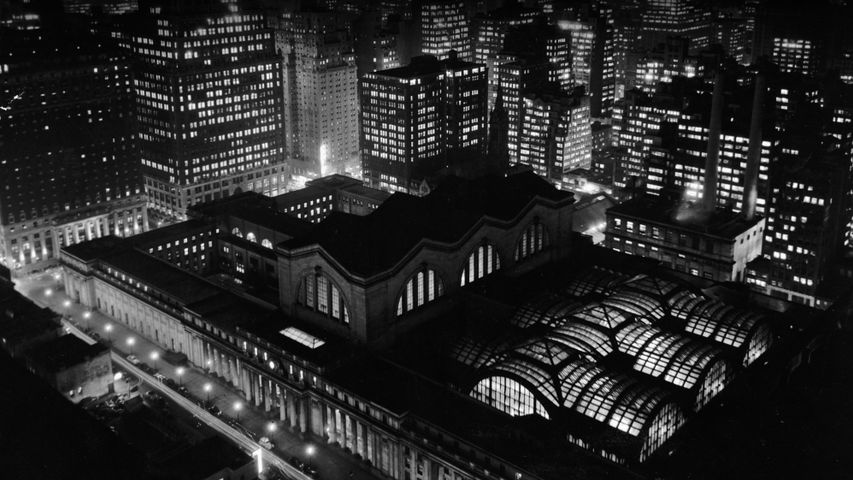 A jewel glittering in the city. Penn Station

If this image of New York City’s Pennsylvania Station seems straight out of a classic film noir, it's for good reason. The photo was taken in the 1950s, just a few years before the city’s beloved Beaux-Arts style masterpiece was dismantled and then demolished so that the iconic Madison Square Garden could be built atop its warren of walkways and train lines.

This original Pennsylvania Station opened to the public on November 27, 1910. It was built by its namesake, the Pennsylvania Railroad Company, to compete with Grand Central Station. For 50-plus years, commuters and visitors streamed in and out of the grand and imposing Penn Station to take trains to and from New Jersey, Pennsylvania, and beyond. When the building was decapitated in 1963 with only its underground network of tunnels and walkways left in place, the demolition sparked city-wide and even international outrage. ‘One entered the city like a god; one scuttles in now like a rat,’ wrote architectural historian Vincent Scully. There was a silver lining to the cloud of demolition dust: A collective sense of loss galvanized the movement to preserve historically significant buildings in the U.S.

A Siberian chipmunk in Hokkaido, Japan