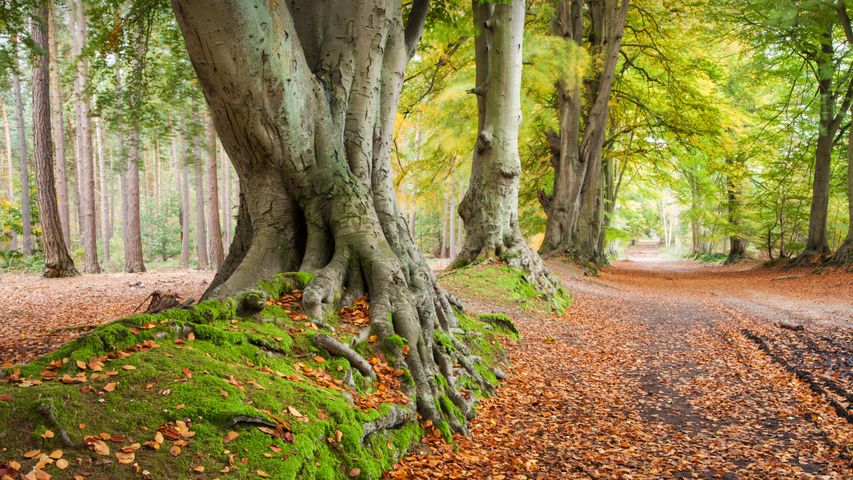 The queen of trees. Beech woodland

This avenue of ancient beech trees lines one of the well-trodden paths at Harlestone Firs, woodland which forms part of the Althorp Estate in Northamptonshire. The beech, sometimes known as the queen of trees in the UK (where oak is the king), can soar up to 130ft (40m) in height and live for over 400 years.

Beech woodland creates plenty of shade in the summer months, thanks to its dense canopy of leaves, which makes it difficult for other plants to grow beneath the trees on the forest floor. But they do provide a home for butterflies, moths, mice, voles and squirrels while the gnarled trunks are favoured by hole-nesting birds and wood-boring insects. You can find beech trees across much of Europe from as far north as Sweden all the way down to northern Sicily. It’s considered native to south-east England and south-east Wales but beech trees have been planted across the UK over the centuries.

It's National Tree Week in the UK between 27 November and 5 December, an annual event with roots in a tree-planting campaign way back in 1973, set up when Dutch elm disease had devastated millions of trees in Britain. The UK still has fewer trees than many of its European neighbours so now’s a good time to dig in and do your bit for nature.