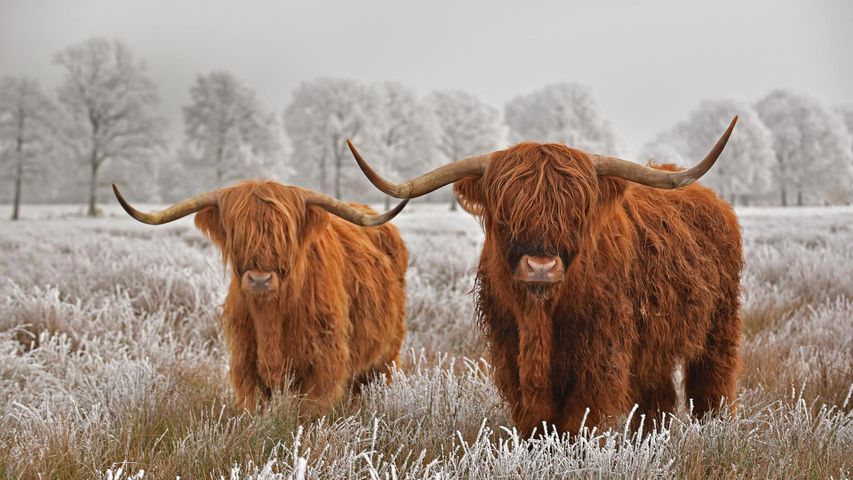 Feeling chilly? Not these two. The first frosty blasts of winter have little effect on Highland cattle, thanks to their unusual coats. The long-haired outer layer is oily and repels rain and snow, keeping the fluffier undercoat dry and toasty against their skin. These two Highlanders are in a national park in Drenthe province of the Netherlands, but the breed developed by natural selection - only the fittest survived - in the wet and windy Scottish Highlands.

The first Highland Cattle Herd Book was published in 1885, making Highlanders the oldest registered cattle breed in the world. Farmers used to keep their Highland cattle in open-air stone shelters called folds, and that name stuck - a group of Highlanders is called a fold, not a herd. Today you can find Highland folds all over the world, from Alaska and Scandinavia right down to Australia. The Queen is also a fan. She's had a fold on her Balmoral Estate since 1953.