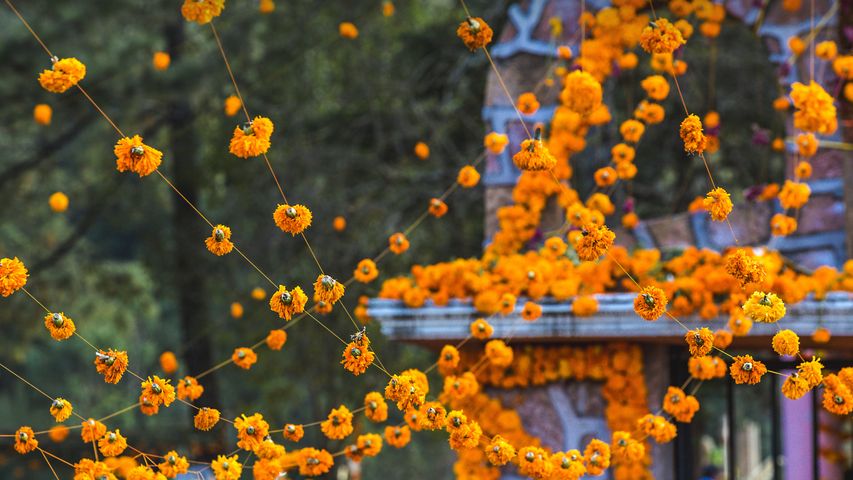 A day to honour the ancestors. Day of the Dead

Marigolds are one of the main symbols of Mexico’s Day of the Dead festivities (which actually last two days). The flowers are native to North America, and were deemed sacred by the Aztecs, who likened their bright colours to the Sun. According to legend, those colours and the flowers' sweet aroma have the power to lure the souls of the dead back to this world.

People use marigolds, along with the decorative skulls called calaveras, to decorate their homes, graveyards and makeshift home altars called ofrendas. Historically, the Day of the Dead is tied to a trio of Catholic observances, and its start coincides with the conclusion of All Saints' Eve on 31 October. It is then followed by two days of festivities on 1 and 2 November, which are All Saints' Day and All Souls' Day respectively. Mexican families gather to eat, drink and remember their deceased friends and relatives, and if they're lucky, maybe even commune with them!