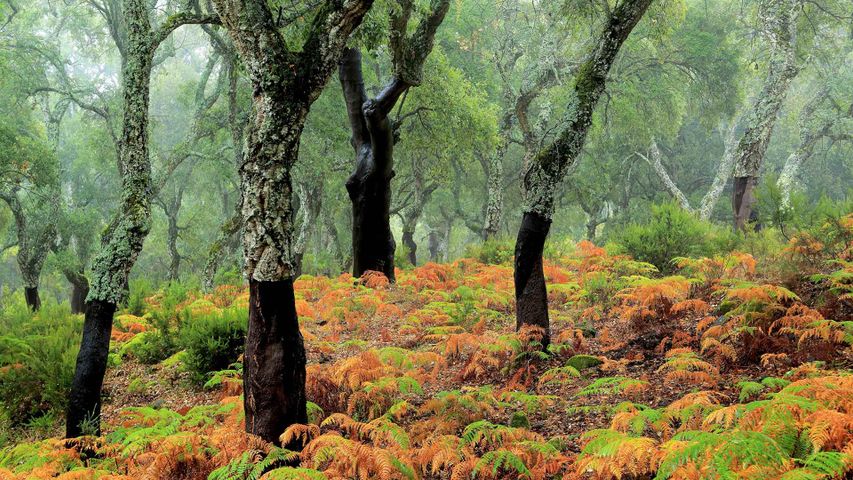 Los Alcornocales is one of the largest natural parks in Spain. It is located between the provinces of Cadiz and Malaga, occupies an area of almost 168,000 hectares and offers a variety of landscapes with which few places can compete; from the steep, narrow ravines where dozens of streams are born, to the thick mist-covered forests that we can see in our photograph today. Here you will find the largest population of corkscrews in the Iberian Peninsula, an indigenous tree that begins to be usable when it turns 35 or 40 years old.

This place also has an exciting history. Traces from several archaeological sites tell us that it served as a refuge for the Neanderthal man. And you can visit close to 50 caves dating back to the Bronze Age, such as the Tagus of The Figures, considered the Sistine chapel of rock art. In addition, there are several megalithic monuments and remnants of later civilizations, ranging from Iberian peoples to Arabs, Phoenicians and Romans.