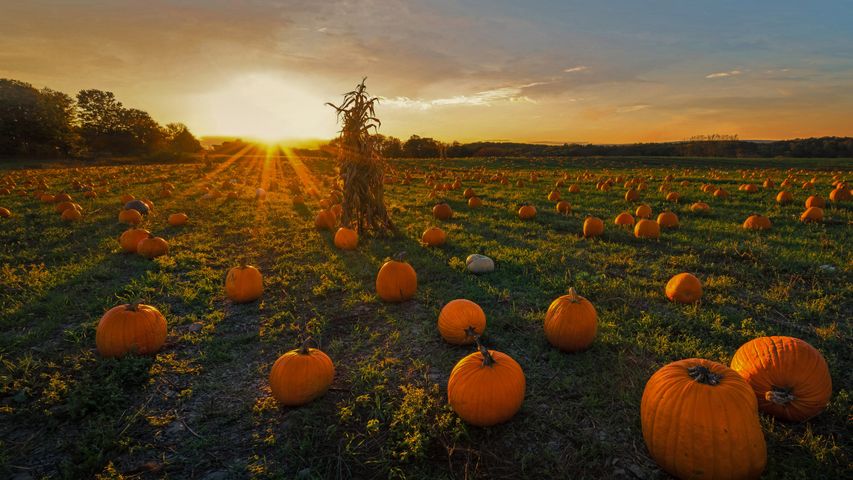 These pumpkins have been pictured in the US state of Massachusetts, but the orange orbs are grown on every continent in the world except Antarctica. Originating in north-east Mexico and the southern United States, ‘pumpkin’ comes from the Greek word ‘pepón’, which means ‘large melon’. You might think they're vegetables, but botanists say they're the fruit of pumpkin vines. They're considered fruit because pumpkins contain seeds and grow from the same part of the plant that produces flowers. Pumpkins are popular this time of year in the United States and other countries as they are often carved for decoration around the Halloween holiday.