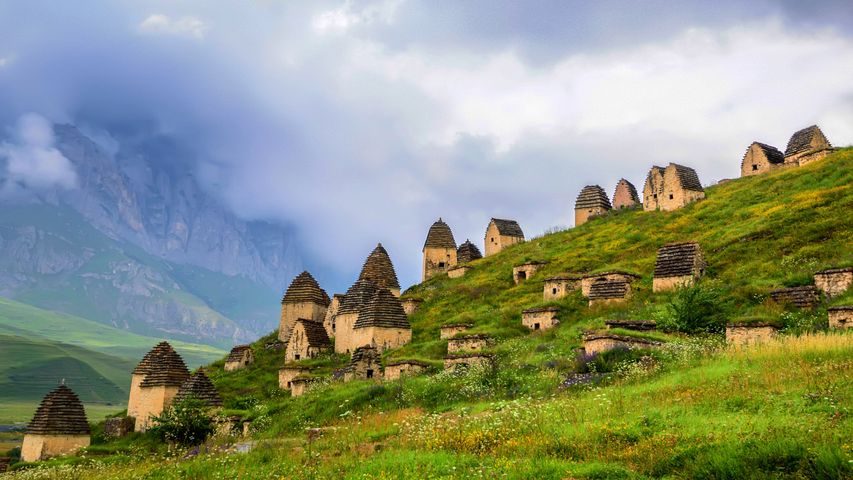 Just outside the village of Dargavs in southern Russia, lies an ancient necropolis known as the ‘City of the Dead’. These vaulted-roof huts in our image are not homes – they're crypts. This graveyard holds the remains of about 10,000 people, many of whom were buried with their clothes and belongings. Today, the cemetery contains 99 medieval stone crypts with single windows – some of the buildings date back to the 16th century. It is a very mysterious place with lots of myths and legends. Some locals don't visit here because they believe that anyone who dares to enter won’t return alive.