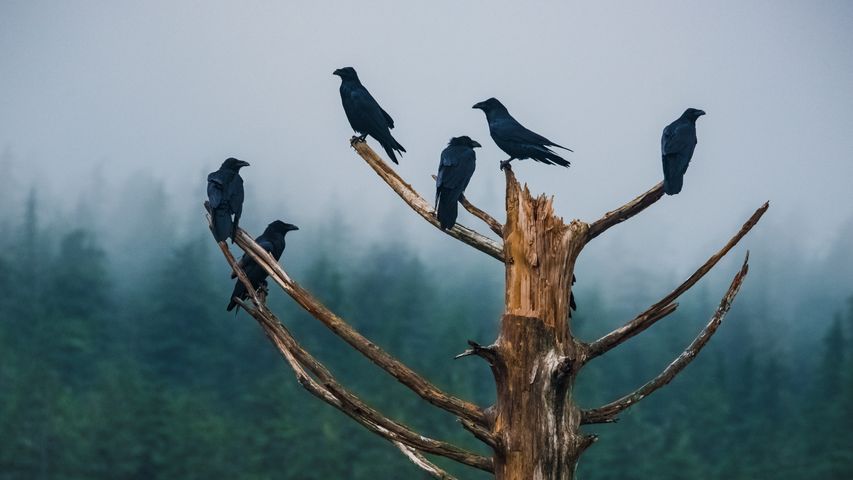 In many cultures around the world, ravens have been considered symbols of all manner of unpleasantness. In Chinese mythology, they're blamed for bad weather, while Celts associated them with warfare. In some Native American traditions, ravens are often represented as mischievous tricksters, while many European cultures associate them with evil spirits, usually of demonic origin. In English, a gathering of ravens like this is even called an ‘unkindness’.