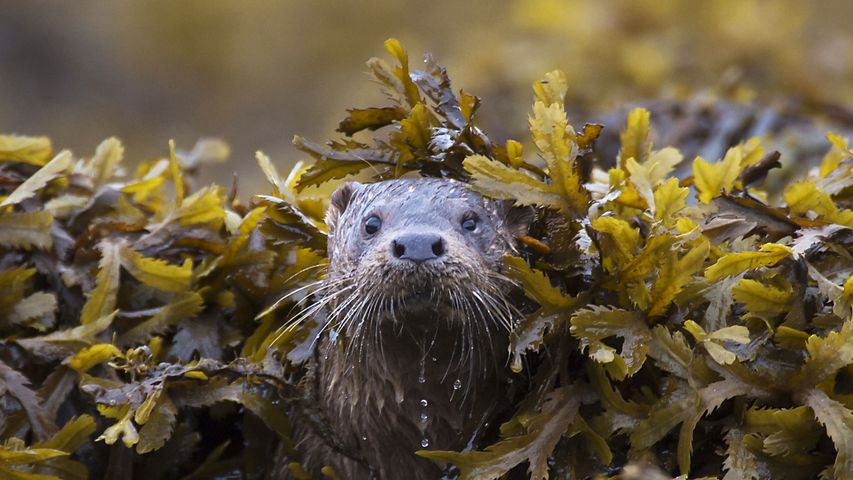 This coastal otter hiding in the seaweed is one of a thriving population along Scotland’s west coast. These streamlined aquatic hunters can live in fresh or sea water as well as land. With few natural enemies, their biggest threat these days is roads and discarded netting and while Scotland is the UK’s otter stronghold, they can also be found throughout England and Wales.

But it wasn’t always like this. The bounce back in otter numbers across the UK is a major conservation success story. They had seen a significant decline by the mid-1950s and 1960s, persecuted via trapping and hunting and their numbers hit by river pollution from heavy industry and agriculture.

They almost disappeared from England but clung on in Scotland and, by the 1980s, things started turning around. Otters were made a protected species and waterways were cleaned up as otters were reintroduced in controlled releases. You may see them lolloping along on land or gracefully gliding along the water’s surface, leaving a V-shaped trail in their wake.