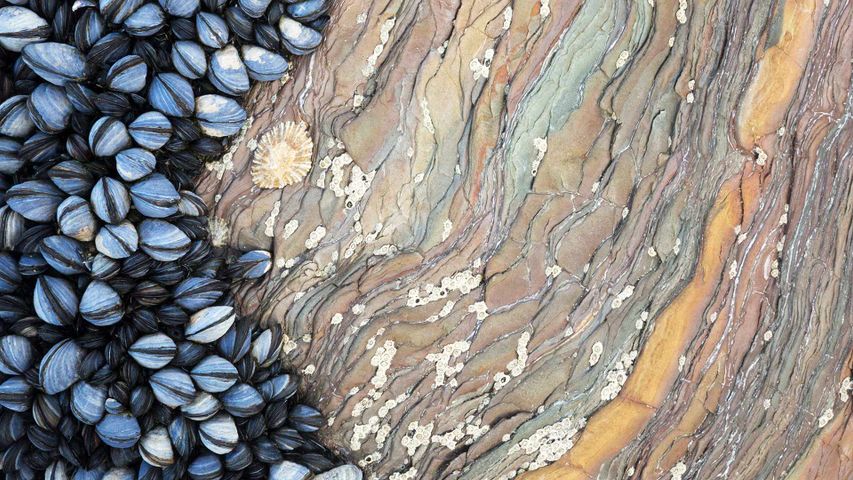 Clinging on. Hanging on by a (byssal) thread

These colourful common, or blue, mussels, clinging to rocks as the tide goes out will be a familiar sight to those who’ve gone rockpooling on beaches all around the UK coast. These little guys use silky but very strong fibres called byssal threads – sometimes referred to as beards – to attach themselves to rocks and hang on against strong currents and crashing waves. Alongside oysters, mussels are a big part of the UK’s shellfish industry. Blue mussels are common on UK shores and are also farmed here, often grown on ropes dangling from rafts in clean waters.

Mussels have been harvested for centuries, with shells reportedly found among food waste dating back to 6000 BC, and are found throughout European waters. Peak season for fresh mussels is October to March as they spawn when waters are warmer, usually in the late spring and summer. Whether barbecued, curried or served classic Belgian-style as moules frites – there are lots of ways to enjoy these tasty and nutritious molluscs.