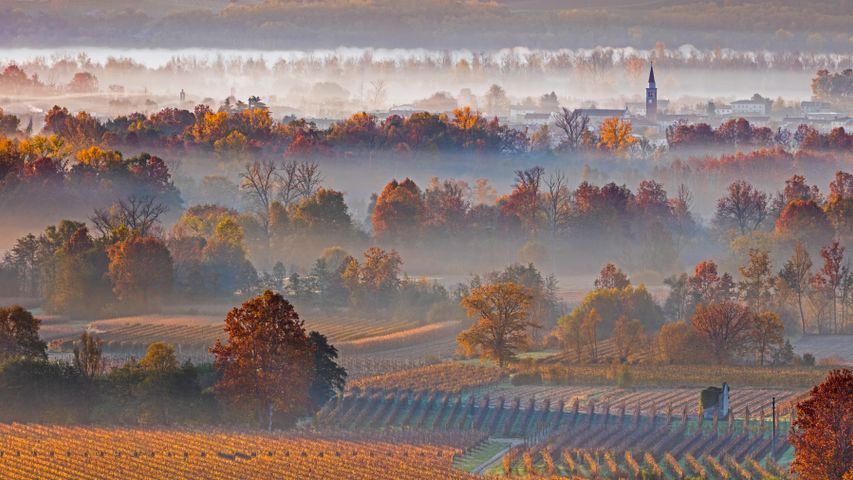 Autumn in the Prosecco Hills

It’s fall here in the Prosecco Hills in northeastern Italy. We’re just outside Farra di Soligo, a village about 50 kilometres northwest of Venice. This region is known for growing the glera grape used to make the white wine called prosecco. Once a humble sparkling wine, and considered a poor cousin to Champagne, prosecco now eclipses Champagne in global popularity. More than 600 million bottles of prosecco were produced in Italy in 2018, about twice the amount of Champagne.

Of those 600 million bottles produced a year, about 90 million bottles of prosecco come from the Prosecco Hills region. Like most Italian grape-growing areas, the Prosecco Hills boast a spectacular landscape. Small plots of grapes have grown on narrow grassy terraces known as ‘ciglioni’ since the 17th century. From above, the ciglioni produce a checkerboard effect with vines growing both horizontally along and vertical to the hillsides. Some plots even use the 19th-century ‘bellussera’ technique of training the grapevines to grow up along trees. This region is so distinctive, it was named a UNESCO World Heritage Site in 2019.

The 12 Days of Christmas display at Butchart Gardens, Vancouver, B.C.