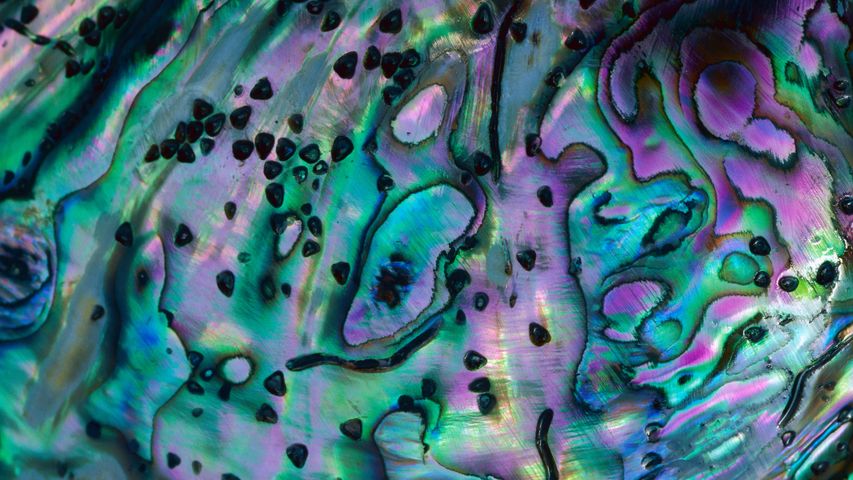 A shell of many colors

We could perhaps fool you and claim you're viewing a long-lost Jackson Pollock canvas, but it was Mother Nature who painted this blackfoot paua (aka rainbow abalone) shell. And modern art it ain't: Fossils from similar marine gastropods date back at least 65 million years.

There are more than 100 abalone species in oceans around the world, but the blackfoot paua is one of the largest and is found only in New Zealand's waters. The Indigenous Māori people have long prized its black flesh as a delicacy and now others are discovering its distinct flavor, particularly in Asia, where the blackfoot paua fetches astronomical prices at seafood markets. After harvesting the abalone meat, the Māori use the colorful shells as decorations in traditional and contemporary arts and crafts. Paua power!