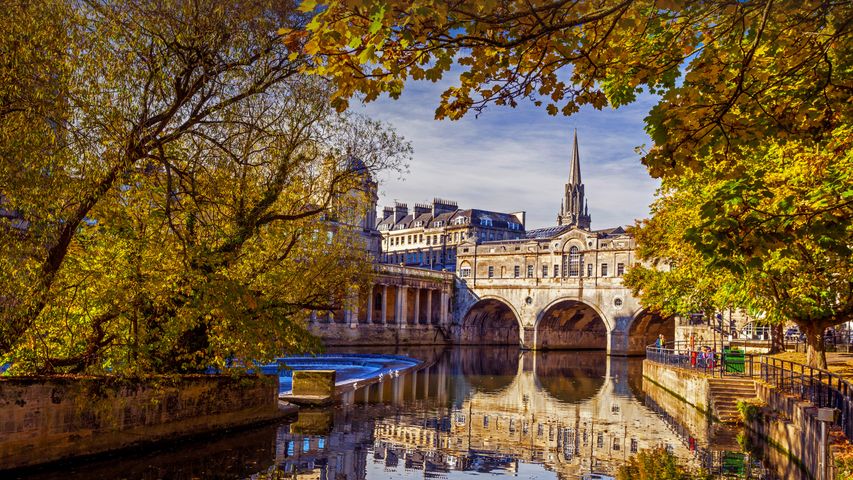 Today we’re visiting the city of Bath in the valley of the River Avon, south-west England. The city is named after its Roman-built baths – it was founded in the 1st century AD by the Romans who used the natural hot springs as a thermal spa. One of the most-visited places in the United Kingdom, the city became a UNESCO World Heritage site in 1987 because of its Roman remains and honey-coloured Georgian architecture, including Pulteney Bridge, which features in our image. The bridge, completed in 1774, crosses the River Avon and is famous for having shops built across its full span on both sides.