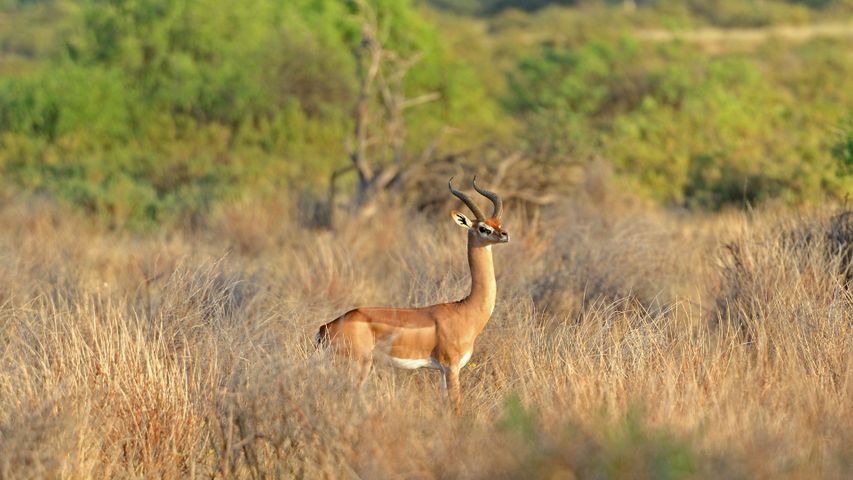 Lone rangers. Welcome to my neck of the woods

It's peak tourist season in the Tsavo region of Kenya, when the weather's cooler and dry - a good time to spot wildlife like this gerenuk in Tsavo National Park. The park is actually made up of two separate parks, Tsavo East National Park and Tsavo West National Park, separated by a highway and rail line. Together they cover 20,813 square kilometres, with the East park consisting of flat, dry plains, and the West including mountains, volcanoes, lakes, and springs. The gerenuk (which means giraffe-necked antelope in Somali) is a long-necked antelope also known as the giraffe gazelle. It uses its lengthy neck and ability to stand on its hind legs to nibble on shrubs and trees that other types of antelope can't reach. It's less social then other gazelles, so seeing one alone, as we are in this photo, is common.