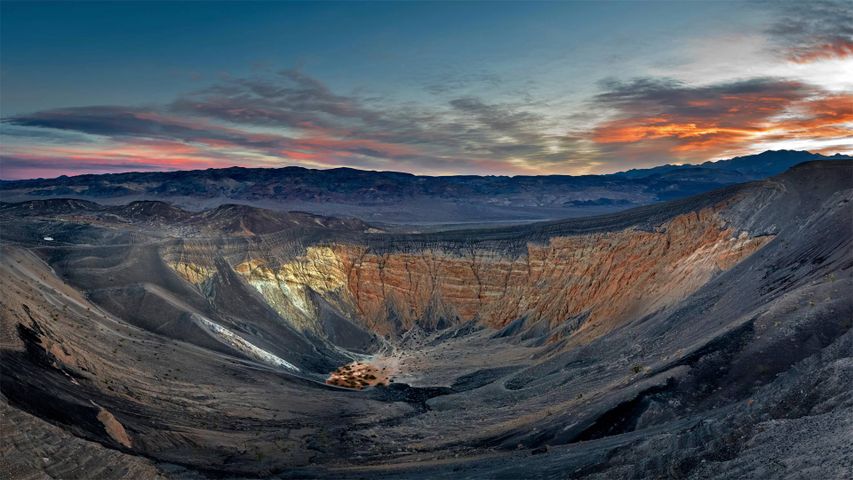 When Death Valley blew its top

The Ubehebe Crater (pronounced you-bee-HEE-bee) is a half-mile across and more than 200 metres deep. Geologically speaking, Ubehebe and the other craters here are quite young. A 2016 study concluded that the craters were all formed in a relatively brief series of explosions—a period of days or weeks—about 2,100 years ago. Another eruption could happen, but visitors need not worry about the ground below their feet—seismometers in the region will alert geologists in advance of any future volcanic unrest. A trail around the rim of the crater offers views of the colourful layers of stone along the walls. Adventurous hikers can descend to the bottom, but it's a long slog back out again, especially on a sweltering summer day.