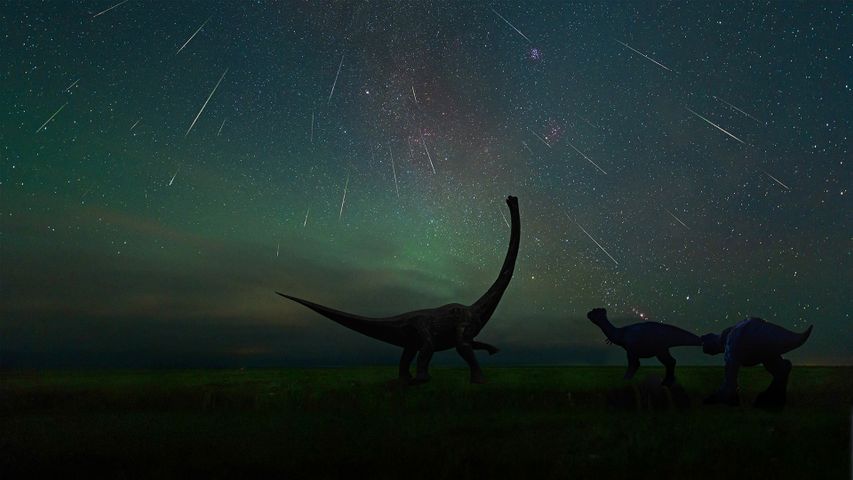 One of the brighter meteor showers of the year, the Perseids occur every year between July 17 and August 24. This year, the light show will peak on the night of August 12. Like most predictable meteor showers, it occurs when Earth's orbit intersects with the long elliptical path of one of the millions of comets that orbit the sun (in this case, Comet Swift-Tuttle). It's called the Perseid meteor shower because the bulk of the meteors will appear to originate out of the constellation Perseus.

A thunderstorm rolls across the Theodore Roosevelt National Park in North Dakota, USA