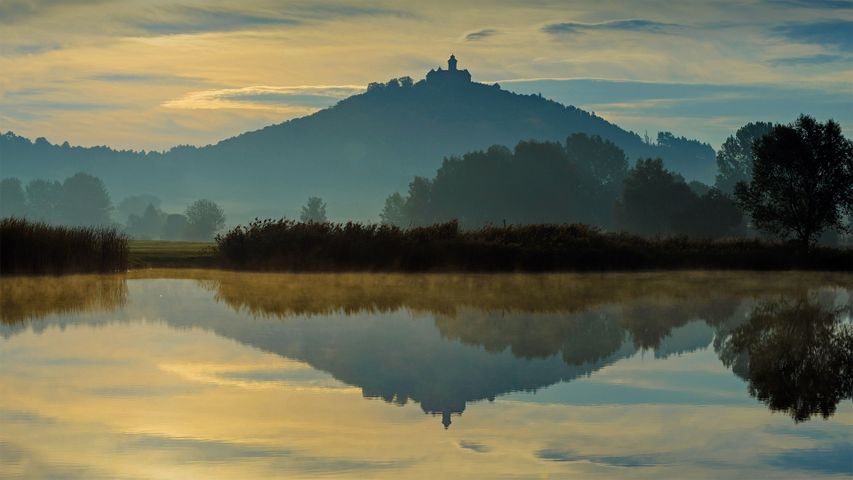 A reflection of Europe's past

Today we're in the central German state of Thuringia to visit Wachsenburg Castle. It's the most famous of a trio of medieval hilltop castles collectively referred to as 'Drei Gleichen' (Three of a Kind) because of their close resemblance. Wachsenburg was originally built by the Hersfeld Monastery sometime in the early 10th century as a fortified castle, but it underwent significant changes over the centuries.

As might be expected of a building nearly 1,100 years old, the castle has housed many different occupants in its time, some of them notorious. Through most of its history it was used as a defensive fortress, and by the 13th century the Counts of Mühlburg had added a moat to help fend off invaders from nearby Hungary. Later, in the mid-15th century, an infamous brigand and wayward knight named Apel von Vitzthum conquered Wachsenburg. He used it as a base to carry out raids against merchants in the nearby town of Erfurt before the locals finally banded together to put an end to his pillaging. The Duke of Saxony took control of the fortress in 1710, but by the late 18th century, it was being used as prison. These days, Wachsenburg plays a different role in the local community. Following a number of renovations, including a major one in the 1990s, it's now a tourist destination complete with restaurant, hotel, and museum.

A humpback whale off the coast of Maui in Hawaii