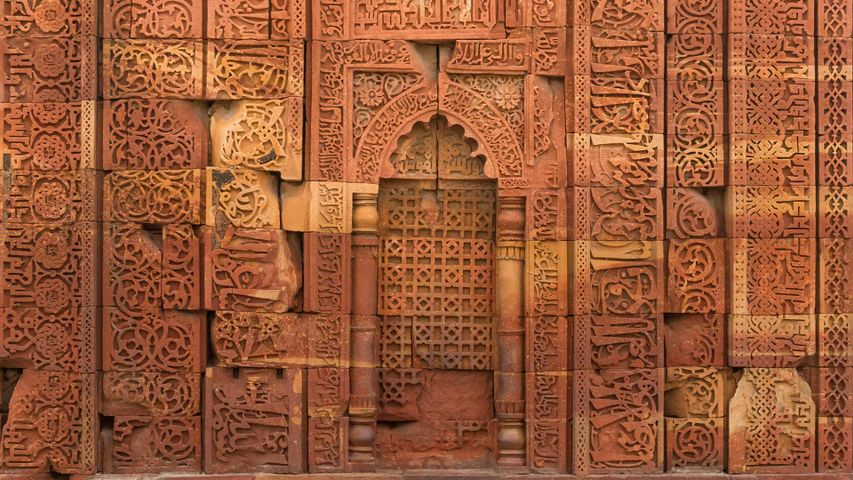 Today, we are showing you an ornate stone wall at the Qutb Minar complex in New Delhi, India. It consists of geometric patterns and inscriptions from the Quran – a perfect blend of Indo-Islamic art and remnants of far older civilisations. The wall displays not only the faith of rulers from the time but also the skilful stonework of artisans who carved its surface. The Qutb Minar complex contains some iconic buildings, pre-eminent among them being the Qutb Minar itself, an exquisitely decorated minaret that dates from the early 1200s. It also includes two mosques, one of which, the Quwwat-ul-Islam, is the oldest mosque in northern India.

The Qutb Minar complex is a UNESCO World Heritage site that attracts visitors from around the world. They come to gaze up at the dizzying heights of the Qutb Minar and to worship in the ancient mosques. The complex also contains a madrasa (religious school), tombs, and the ruins of walls and other structures, which are testaments to the enduring beauty of Indian art and culture.

Officer wearing a rakhi on his wrist during rakshabandhan