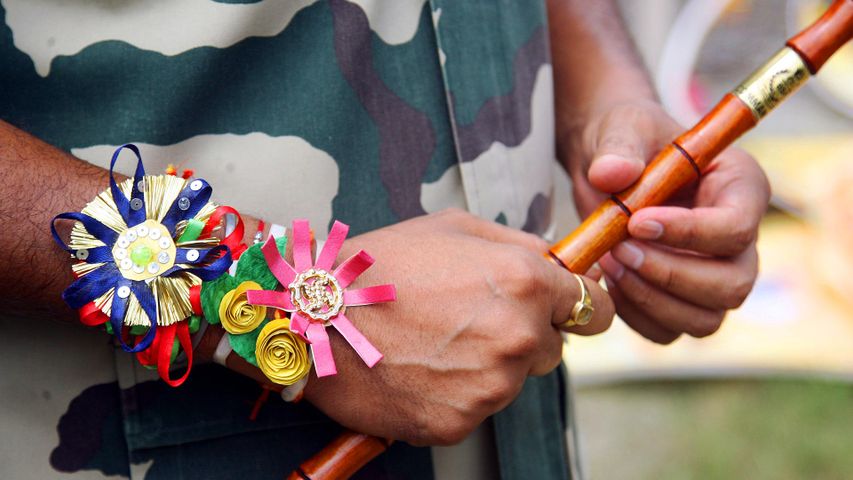 Officer wearing a rakhi on his wrist during rakshabandhan

In honour of the brother-sister bond

Rakhi, or Raksha Bandhan is the Indian tradition of sisters of all ages tying an amulet around the wrists of their brothers, symbolising their prayers for the protection of their brothers. This doesn’t go unnoticed, as the sisters usually get a gift in return, often monetary. The ‘bandhan’ also hands over part of the responsibility of the sister to her brother. Traditionally a Hindu festival, today Rakhi is commonly observed by Indians all over the world.

Workers cleaning the clock face of Big Ben in London, England, for the end of Daylight Saving Time